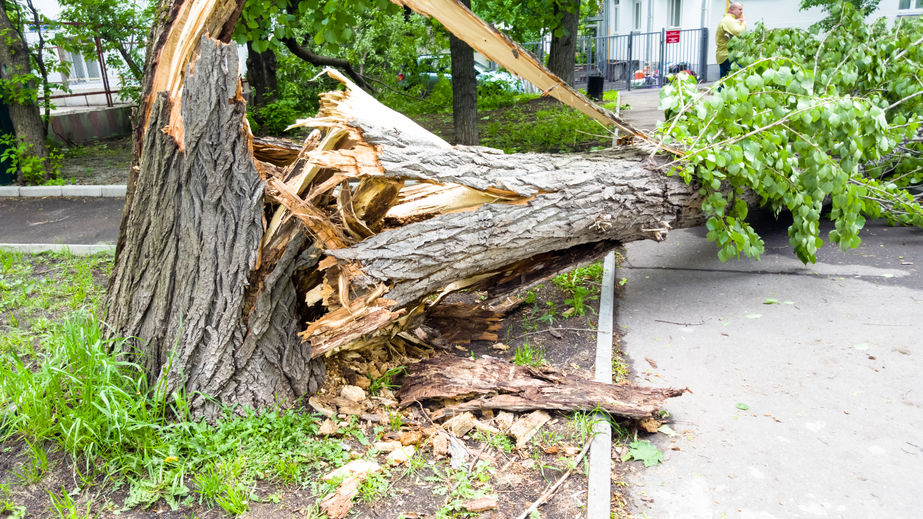 On February 6th, 2020, the tranquility of an ordinary February day in Jacksonville, Florida was disrupted by severe thunderstorms and a tornado. Due to a powerful upper-level trough advancing eastward across the United States, converging with a supply of moist air and an east propagating cold front, much of Northeast Florida was besieged with supercell thunderstorms that produced a ruinous and deadly F1 tornado in Jacksonville, Florida.

These powerful storms left a trail of debris and plentiful devastation across all of Northeast Florida and parts of Southeast, Georgia. Meteorological teams indicated that the highest wind gusts were surveyed in the Jacksonville area. Excessive winds of 76 MPH were logged at NAS Jacksonville, while a neighboring wind meter at Huguenot indicated gusts of 60 MPH.

The National Weather Service at Jacksonville International computed 58 MPH winds steadily throughout the duration of the tornado. These gusts were strong enough to damage roofs, snare trees, and cause colossal power interruptions in the general Jacksonville area. Homeowners and businesses were left wading through a relative sea of wind damage. Excessive winds are regularly known to be the leading cause of damage during weather-related events.

Impact of The Storm

After the storm, trees and power lines were determined to be down across the entire Northeast Florida region, with up to 20,000 folks withstanding a substantial power outage. The worst of the damage from the tornado was detailed in Bradford and Clay counties. Though Jacksonville did not consequently manage much better. Adjacent storms in neighboring Alabama and Georgia caused comparable amounts of damage to residential and commercial buildings. This rare February tornado won’t be dismissed from the mind by the Southeast US anytime soon.

Sadly, injuries did occur throughout the duration of the storm. Clay County swiftly revealed that three people received serious injuries during the storm. One individual was thrashed by a tree while driving in their truck, another was hit by a windswept dumpster lid, and the third crashed off of a roof while trying to make on-the-spot roofing repairs.  Officials reminded the public to never go onto the roof during a tornado or supercell thunderstorm. The focus should always be on bodily safety. Roofing repairs can occur later on.

Throughout the tornado, excessive winds slammed over trees with relative ease, causing some to be fully uprooted. It is reported that two trees created costly damages at Orange Park Kindergarten, one falling in front of a building and another damaging a bus. Many roofs were also damaged by falling trees. The second mentioned tree penetrated the ceiling of a schoolroom, causing the room to suffer substantial water damage while swelling with debris. Roofing contractors are already being vetted to repair the damaged school.

Downed trees also ensnared individuals in their households, including a 13-year-old girl who was pinned in her bedroom near the Mobile Home Plaza in Orange Park. She came just fingerbreadths from being hit. Nearby, a sleeping baby evaded a sincerely close call when a tree branch fell through the roof. Many households in the Lake Geneva area withstood large-scale roof damage due to the winds and subsequent debris. Many buildings were stripped of roofing altogether, allowing heavy rains to pour in. Most of these roofs will require a complete replacement.

Onerous twister force winds also caused a tractor-trailer to flip on its side by the Dames Point Bridge. While the driver only experienced minor injuries, his rig will likely require costly-repairs. It will be several weeks before it will be back on the road. While may Northeast Floridians have fared their fair share of hurricanes and storms, this unpredictable tornado cell caused comprehensive devastation and dismay. Remember, in the event of a storm warning or tornado, strive to seek shelter immediately and get out of your car if possible.

While the storm itself was troublesome to many in the area, it was the post-storm clean-up that left nerves frazzled.  Aside from having to reach insurance companies regarding damages and costs, many are also tasked with finding qualified contractors to help repair storm damage. This also opens up the probability of “storm chaser” roofing contractors.

Roof Damage to Your Home

Storm chasers are those who quietly stray into town to take advantage of an opportune time to make quick cash. Most are inexperienced and do not have the best interest of the renter or homeowner in mind. Since numerous roofs were damaged during the strong February 6th tornado, the potential for storm chaser contractors is high. This is especially a given since those with shingle roofs are likely missing shingles, damage visible to the naked eye, making it easy for rip off companies to prey on the vulnerable.

Those with metal roofs might have sustained greater damage due to large sheets of roof being ripped from the house. Luckily, winds were low enough that most homeowners may get away without having to invest in full roof restorations. Those that do need repairs or replacements should strive to search for local roofing contractors with a solid reputation. In order to avoid “storm chasers” or those looking to take advantage, vet contractors carefully. Always ask for references and if possible contact local licensing offices for more information.

Before hiring a contractor, gauge any devastation and provide photographic evidence of storm damage along with an itemized list of items lost.  These storm damage recovery tips can also help. Photos can help you with insurance claims and will also help contractors to get an idea of how the house looked prior to attaining damage. Keeping an itemized list can help you to keep track of items that may need to be replaced or those which were lost in the storm. You may have to adjust to a new way of normal, but at least you can do so knowing that you’ll be getting the repairs you require.

Folks in Jacksonville and beyond are now tasked with making the most of what this strong storm has taken from them. The rare winter tornado upended lives and cut into the relative tranquility of an ordinary February night. Homeowners sustained damages, but injuries were kept at a minimum. In the grand scheme of outcomes, those in the region weathered this storm with the same tenacity and aplomb that many expect can from Northeast Florida.

As climate shifts continue to reform our world and weather patterns, always be ready for whatever Mother Nature throws your way. It isn’t always easy to withstand the unpredictability of weather, but know that damages can be fixed, roofing contractors can be hired, and so long as you have your health and family, any storm can be sustained.

Prime Roofing is a top roofing contractor in Jacksonville, FL as an Owens Corning Platinum Preferred Contractor, winner of Angie’s List Super Service Award in 2018, and holder of the Elite Service HomeAdvisor award.

The Importance of Attic Insulation

For most Americans, the attic is nothing more than an extra storage space for old…

What are Gable Roofs? Choosing between roof types is a tedious task for many homeowners.…